It’s here, it’s finally here. After months of anticipation and research, it’s finally arrived. Now before I start this post I must inform you that this isn’t a full-on review about the Fuji XT2 but more why I decided to purchase it in 2016, over the stiff competition (such as the Sony A7 range) and why it’s a worthwhile investment to a full-frame SLR photographer like myself for commercial photography.

Till 2015 I’d always shot with DSLR and didn’t really crave much else. But in 2015 something happened, well 2 things actually. A terrible rotator cuff injury and a girlfriend. In no particular order obviously! So having to lug around a Canon 6D from day to day started to become bit of a problem. It’s no secret that DSLR’s are cumbersome and for me not ideal for candid street photography or personal travel photography. So I was on a mission to find something smaller, lighter and more agile.

Entering the world of the Mirrorless Camera

This initially came in the shape and form of the Olympus EM10 which is a beautiful bit of kit and in all honesty where my mirrorless love affair began. The flip-out touch screen, the EVF that gives you all that exposure information on the fly was a breath of fresh air. To be fair a lot of my work has been captured on this little guy. But as things progress I started to see the cracks – low light capability being one of them and the other was the fact that coupled with a Panasonic 20mm f1.7 this thing was SLOW. Yes I could have purchased a native 25mm f1.8 but when you start going down that route of these larger lenses it starts to invalidate the point of owning the EM10 as far as I was concerned. I’m probably being a little extreme here but it’s just how I saw it.

Over time and after a few trips I realised it was time to replace the EM10 with something a little more serious. A little more capable. So the options to me were either the Sony A7 or the Fuji XT2 (and before you jump on me I’m aware there’s a lot of options out there that could rival my 2 choices but after loads or reading these were the final two in the race that suited me personally).

The early Sony A7 range

To cut to the chase the deal-breaker with the Sony A7 and A7ii, no matter how many boxes they ticked was the lenses are huge. So big that I just didn’t see the point of owning it when I may as well just carry on with my Canon 6D. So I swung toward the Fuji and started doing some serious research into the system.

Out of the box, it’s light….it’s under half the weight of my Canon 6D with the equivalent 50mm Sigma Art lens attached which makes it unbelievably nice to hold. It feels super-premium with the buttons and dials in all the right places. The EVF is exceptionally accurate and full of vibrant detail. The focus is very snappy in my point of view, even though it has the 35mm f1.4 which is renowned for it’s turtle-like autofocus, it’s quick. So I can only imagine things will be even better when my 23mm f2 arrives through the post.

I’ve had this thing for 2 days and shot only around 10 frames, but it feels amazing. With a handful of street photography projects in the pipeline I’ll be writing a more comprehensive review with images and details explanations, but for now, here’s a little snap of Hax just after we enjoyed a glorious breakfast at The Book Club in Shoreditch. Straight out of camera the JPEGS are gorgeous. I thought it was a myth, but it’s not. They are delicious. 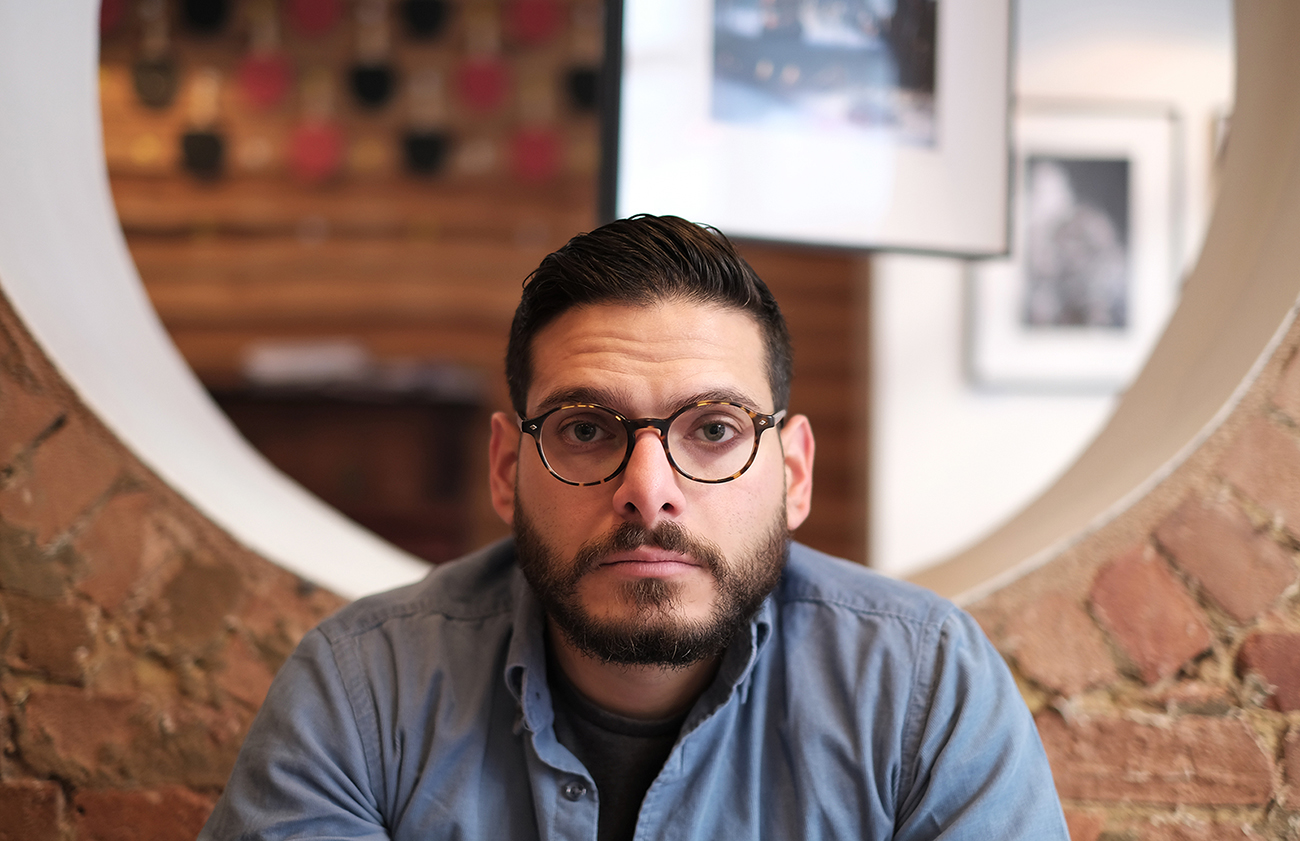 As well as exploring the nuances of London, our Street photography has taken us to various places around the world. The intrigue of the unknown has given us the opportunity to capture photos in the most remote villages of Cambodia to the bustling city of Berlin.

Street Photography in Berlin with the Fuji X100F

A British Seaside “Out of Season”